Meet Dr. Michael Brooks | Meet the Staff | What is a prosthodontist? 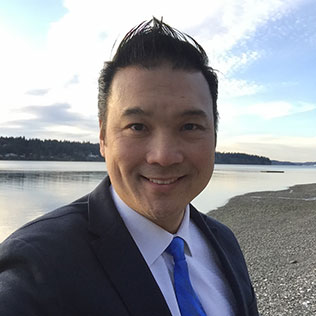 “I chose the specialty of prosthodontics because I wanted to make a real difference in people’s lives. As naive as I was at the start of my career more than ten years ago, what I have learned is it's not always just about fixing someone’s teeth, but that when we restore a person’s ability to smile, we can change their lives. We all take our teeth for granted, but when you can’t be confident about your smile, it impacts how you present yourself, how you feel about yourself, and how others perceive you. As prosthodontists, we have the ability to really change how people feel about themselves, especially for patients who have an emotional drive to change their smiles and function. To me, that is the most gratifying part of my job.” – Dr. Brooks

Dr. Brooks received his Doctorate of Dental Medicine from Tufts University School of Dental Medicine in Boston. Driven to make a tangible impact on people’s lives, he became interested in maxillofacial prosthodontics while in dental school. This involves working with head and neck cancer and trauma patients. Dr. Brooks completed a four-year residency in prosthodontics and maxillofacial prosthetics at the Mayo Clinic in Rochester, MN. He also earned a master’s degree in prosthodontics from the Mayo School of Graduate Medical Education.

Dr. Brooks served in the United States Air Force and practiced the specialties of prosthodontics and maxillofacial prosthetics prior to joining Peninsula Prosthodontics.

Extensive experience with full-mouth rehabilitation using All-on-4® implant-supported dentures makes Dr. Brooks one of the most sought-after prosthodontists in all of Washington. He lectures to general dentists on the local, national, and international level on the subjects of dental implants, All-on-4, and other prosthodontic treatments.

Among several local, state, and national professional affiliations, Dr. Brooks is a member of the American College of Prosthodontists and a fellow of the American Academy of Maxillofacial Prosthetics. He received the John J. Sharry Award and the Joseph B. Barron Award from these organizations. Dr. Brooks served as the prosthodontist at ClearChoice Dental Implant Center in Bellevue and is currently a partner in Washington State Prosthodontics and Dental Implant Center.

Dr. Brooks resides in Bainbridge Island with his wife Gretchen, five children, and one large English mastiff. He enjoys the outdoors, especially boating, wakeboarding, and surfing. Dr. Brooks is also heavily involved in the community. He devotes many hours to volunteer work at his church and with local youth football and baseball teams.

See the difference
prosthodontics
can make in your life

A new, beautiful smile in just one day!